Warning systems with which hardware and software developer Digital Alerts is now a leader in the market. Already in the creative process preceding product development, V.O. thinks along about the opportunities that protecting the intellectual property has for DigitalAlerts.

DigitalAlerts emerged in 2017 from Amsterdam-based Studio Sophisti, which was founded by industrial designers Tijn Kooijmans and Wouter Reeskamp. Kooijmans is now at the helm of the company as Chief Technical Officer. Kooijmans: “We focus on interactive IOT applications (internet-of-things), with the aim of unburdening the end user in their daily lives.”

ParkAlert is DigitalAlerts’ first and most mature product. It is a device – a button – on the dashboard of the car that is connected via Bluetooth to a mobile app. When the driver gets out of the car, the phone switches to the app. Based on the location data, the app checks whether the vehicle is in a paid parking zone. If that is the case, ParkAlert warns the driver to switch on his parking app. The moment the driver gets back into the car, the phone restores the Bluetooth connection between the button and the phone. The button then beeps, reminding the driver to turn off their parking app. 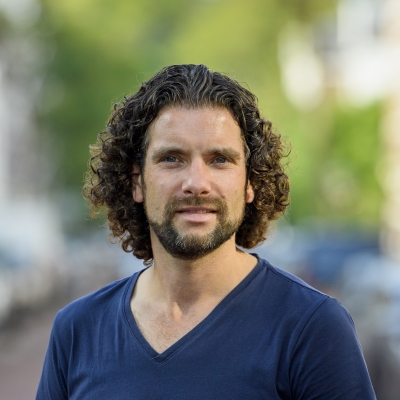 ‘V.O. got us thinking. That’s how we came up with new ideas.’

DigitalAlerts is ambitious. Kooijmans: “ParkAlert now has a link to the YellowBrick app, so our button can make direct contact with that app to start and stop parking actions on time. That is more convenient and safer. We want to add that functionality to other parking app providers as well.” Still, ParkAlert works primarily in large cities and its operation is primarily geographic. This is because paid parking via a parking app is not possible everywhere and in countries outside the Netherlands and Belgium, paid parking is regulated very differently. Kooijmans: “The growth in this will stop eventually.” That is why DigitalAlerts has several solutions on the shelf. In addition to ParkAlert, the product portfolio has been expanded to include alerts such as BikeAlert, a solution to prevent bicycle theft, among others, and BellAlert, which uses an app to report, for example, when a parcel delivery driver rings the doorbell. Kooijmans: “BellAlert (formerly Zipp Labs) has the potential to become big, because it is not geographically bound. It contributes to a more efficient and sustainable logistical process, because parcel deliverers are less likely to stand in front of a closed door and have to offer the package again.”

All of the products that DigitalAlerts develops will eventually be housed in independent companies. In doing so, it is essential that each of the innovations is protected from competition and counterfeiting. This also gives investors more confidence. Kooijmans: “When we developed ParkAlert, my assumption was that it would not be new enough to patent. After all, a so-called Bluetooth beacon and a smartphone already existed. V.O. made us realize that it was the combination of the alert with Bluetooth and parking that made the invention new. We wouldn’t have found that out otherwise.”

Leo Jessen, patent attorney at V.O., supervised the patent process for ParkAlert. Jessen: “With IOT inventions like DigitalAlerts, the trick is always to take into account possible other applications of the technology when drafting the patent application. This gives the customer growth opportunities for the future.” As a patent expert in the development of BellAlert, Jessen was involved early in the creative development process. Kooijmans: “For us, this was very valuable. Sparring with someone who is up to date with the ‘state of the art’ got us thinking. That’s how we came up with new ideas.”

Kooijmans: “Thinking about intellectual property protection is often seen by product developers as a brake on innovation. I see it primarily as an inspiration and an opportunity to develop products further. Through V.O’s involvement in this, they make a good contribution to our business.” 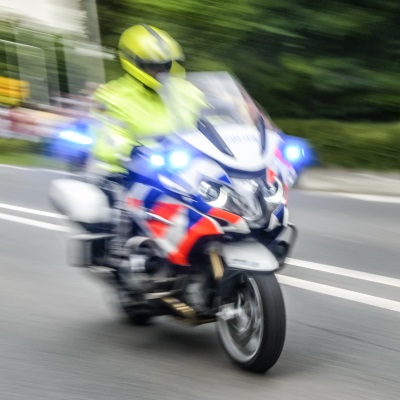 We always check the market demand first of all.