The Nagoya Protocol and its impact on your research

The Nagoya Protocol is often believed to apply exclusively to the plant breeding sector. However, the influence of the protocol reaches much further. Almost everyone utilizing genetic resources for research may have to deal with it. From individuals and universities to multinationals in all sectors, everyone needs to check whether their research is covered by the protocol.

What is the Nagoya Protocol?

The Nagoya Protocol (‘the protocol’) was established to endorse ‘the fair and equitable sharing of benefits arising from utilization of genetic resources’, which is one of the goals of the Convention on Biological Diversity. In short, any use of a genetic resource (GR) in the sense of the protocol obliges the user to share benefits from that use with the country of origin of the GR. The protocol does not cover all possible uses of GR, it focusses solely on the use of GR in Research and/or Development.

The Nagoya Protocol has been implemented in the EU through EU Regulation 511/2014, which outlines how member states should comply with the protocol. It also states that users of GR have a due-diligence obligation. In other words, users must do everything within reason to identify the country of origin of the GR they intend to use.

Furthermore, they must ascertain whether that country has Access and Benefit-sharing (ABS) legislation in place. In the EU, authorities will check if that due diligence obligation is met. The EU ABS Regulation also obliges users to submit a declaration that due diligence obligations are met when receiving external (public or private) funding for research on genetic resources falling within the scope of the EU ABS Regulation, and when a product based on this research is placed on the market.

Scope of the EU ABS Regulation

Determining whether or not the EU ABS Regulation extends to your research can be a complex operation. For instance, research on a genetically modified organism is within the scope of the protocol. On the other hand, research on GR from international waters and mass production of pigment paint where a GR is a mere ingredient are outside of the scope. The below table may help you to determine the scope.

Because of the complexity of the protocol, the precise impact in a sector may be unclear. Practice will have to show how the protocol is to be interpreted. Furthermore,
the interpretation of the protocol may differ between countries. For example, some countries argue that the protocol also applies to genetic resources accessed before 12 October 2014. In the interpretation of the EU, however, this is not the case, and the EU ABS Regulation only applies to genetic resources obtained on or after 12 October 2014. Another important issue concerns the question whether the protocol also affects digital databases. Currently it is agreed that the protocol only applies to physical GR; information stored in digital databases (e.g. sequences) is excluded from the protocol. Conversely, some countries argue that those sequences are derivatives from a GR and should therefore fall within the scope of the protocol. Given the growing importance of digital (DNA) databases in scientific research, the consequences of the protocol may be far reaching.

Compliance inspection is the responsibility of the individual member states. The states also determine the sanctions on non-compliance themselves, therefore
sanctions may differ per country. Violating the EU ABS Regulation can have serious consequences, including penalties of up to € 810,000 and even imprisonment.

To comply with the EU ABS Regulation, companies are advised to proceed as follows

Additional information on the protocol and specifically Dutch regulations can be found on the website of the Dutch ABS National Focal Point (www.absfocalpoint.nl). Also read our online Whitepaper Implementation of Nagoya Protocol. 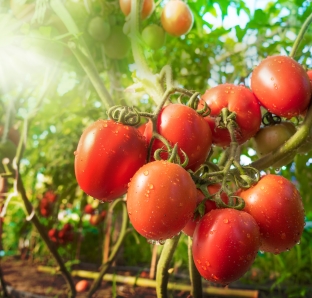 On 26 October, the seminar ‘Nagoya Protocol – implications and consequences of using genetic resources’ was on the agenda. This event was jointly organised by the V.O. offices in Munich and Clariant, a Swiss chemicals concern that operates worldwide.Continue reading 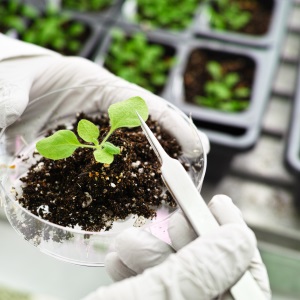 The consequences of the Nagoya Protocol

The Nagoya Protocol is highly relevant for the Dutch seed culture sector. But the content of the protocol is far from easy to understand. V.O. summarises the main provisions for you and the most important consequences.Continue reading