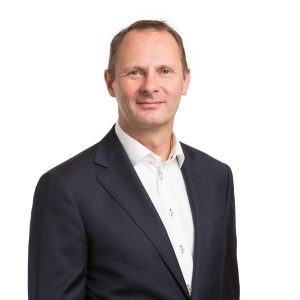 We’re doing things differently to many other universities, where the TTOs (technology transfer offices) often fly the flag of the university directly. Utrecht Holdings is financially independent, whereby Utrecht University and the UMC Utrecht are 100% owners of the shares. And that works well: it provides the freedom to be enterprising.

We do that via investments in spin-offs and by issuing licences for IP. For the most part, our profits are poured back into scientific research.

We have a team of business developers that functions as the intermediary between science and the world of business. The easiest route is that of the licences. But there is often also an innovation that is far from being ready for the market – when there is not yet a proven concept, for example. In such situations, we have the financial capabilities to start a company. Such a company can sometimes be taken over by a corporate at a later date.

We’ve learnt a lot over the past 15 years. The most important conclusion is perhaps that few scientists are real entrepreneurs. For that reason, we now bring in external entrepreneurs at any early stage. They bring with them skills and experience that many scientists simply don’t have. Furthermore, you have to be honest: only a small number of your researchers are both interested in and suited to starting a company. We’re talking about just a couple of companies per year.

I see two focus areas for Utrecht Holdings. We are looking for more square metres for our companies – they are outgrowing themselves. But I am particularly apprehensive about the topic of IP. We are working in partnerships more and more often, and funds, for example, are focusing increasingly on co-ownership of IP. This makes it ever more challenging to determine who the IP actually belongs to and how to ascribe value to it. This puts a blanket over innovations. I really hope that this becomes more workable in the near future.