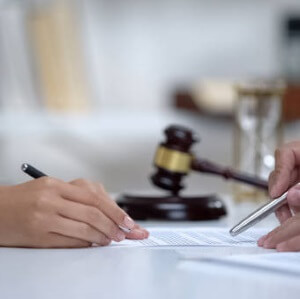 From time to time, patent lawsuits hit the newspaper headlines, usually when large multinationals are battling each other in many countries all over the world. Quite likely, you’ll have heard of the disputes between Samsung and Apple. But many patent disputes are battled over in just one country, for instance between smaller parties.

V.O. Patents & Trademarks have a wide experience in patent lawsuits, both on a national and an international level. Since 2000, we’ve played a prominent part in over 600 lawsuits, varying from disputes between SMEs to disputes between multinationals.

Role of the patent attorney

In patent lawsuits, V.O. usually litigates together with one or more lawyers of the law firms we have close relations with. Whereas the lawyers’ role in such lawsuits is clear, the patent attorney’s role isn’t so clear-cut to the general public.

Marco Box, European, Dutch and Belgian patent attorney and partner at V.O. says: “The idea often is that the lawyer knows the law and how to litigate and that the patent attorneys is knowledgeable about the technology underlying the patent, each sticking to their own part. In reality, however, there is a large professional overlap and integration. Most patent lawyers have a good understanding of many fields in technology. In addition, the patent attorneys you’ll find in litigation, know the ins and outs of conducting proceedings. Litigation therefore is very much a team effort, with the lawyer and the patent attorney jointly handling the entire case. In practice, this means that nearly every step in the process is taken as a team.”

From strategy to plea via a summons

In most patent lawsuits, the drafting of a summons or statement of defense has already been preceded by jointly outlining the case. Mr. Box says: “We ask ourselves whether there is any infringement, whether the patent is valid, what the possible defenses are and what strategy we can use.” The patent attorney’s input in drafting the summons or the statement of defense regards the case as a whole. That means he’ll also assess evidence, provide guidance to experts and check whether the legal procedure has been abused. “We build the case together with the lawyers. This continues until after the pleas. In the Netherlands, it is common practice to submit the case in writing to the Court before the oral pleas start. The first time a judge rules on your case is a very special experience!”

Things get more complicated once lawsuits are no longer limited to just one country. V.O. is also involved in many multi-jurisdiction lawsuits. In such cases, the patent attorney is an integral part of the international team. Says Mr. Box: “This means that the patent attorney is also responsible for coordinating the strategy and arguments in all countries involved. In that role, he, for instance, has to ensure that the procedural steps in the one country do not complicate or harm the case in another country. This requires you to have a good knowledge of the legal cases that are playing out simultaneously.”

As V.O. plays such a prominent part in patent lawsuits, it is easier for our patent attorneys to keep up to speed in the field of litigation. “That way we can keep our leading position, whereas such knowhow also enables us to train our starting patent attorneys in procedural law more easily.

Working together in lawsuits comes with two advantages. For the patent attorney, co-conducting proceedings is a highly effective way of learning what to do and, more importantly, what not to do when drafting and handling patent applications. On the other hand, drafting and handling patent applications contributes to the litigating patent attorney developing a keen eye for flaws in patents. It also provides an insight in the other party’s argumentation and you recognize strategies that may lead to success,” according to Mr. Box.

In the near future, the Unified Patent Court (UPC) will come into effect. This European patent court will be able to hear patent cases for all of Europe in one single court procedure. Says Mr. Box: “We’re looking forward to litigating before the UPC with the law firms we work closely together with. It also provides a unique opportunity for patent attorneys to conduct the entire proceedings by themselves. This is an opportunity we’d like to explore once the right case presents itself.”

Marco Box represented, among others, Google against Sonos, Heineken against AB Inbev, Assia against KPN, Tomra against Kiremko, Impro against CDVI, Samsung against Apple, and Douwe Egberts against Nestlé. 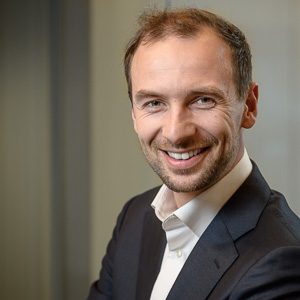 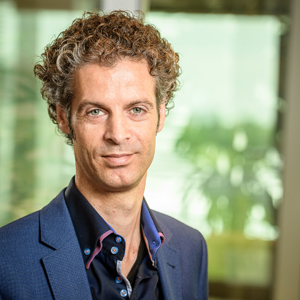