As a business owner, you want to meet market demand and stay a step ahead of the competition.  Patents can play an important role here.  When you are choosing the right strategy and approach it is essential that these are in keeping with your situation. You can expect us to have skilled specialists in house with knowledge about your technology or business sector.

V.O. helps a wide variety of clients in different sectors with their specific challenges. We adopt a tailor-made approach for each company where our starting point is always: IP is an important resource for enabling your idea or company to be more profitable. It is an investment that pays returns.

Our patent attorneys have expertise and experience in various sectors. This means that you can rely on a full-fledged conversation partner for your specialists. We take you step by step through the development of a successful patent application or IP strategy. We do this in a cost-effective, transparent and focused manner. We closely align our approach to your specific requirements and we provide an insight into timing and costs.  You can also expect us to be proactive and to be up-to-date on IP related issues. You can see this for instance in seminars, our magazine “IP leads” and info sheets focused on specific topics, such as '10 golden rules for funding of IP'. Watch also the video below that explains the procedure for filing a patent application:

How exactly can we help you?

Our attorneys at law who work together with our patent attorneys also provide various legal services in the intellectual property field. We can provide advice in the event of disputes and support on among other things employment agreements, license agreements, non-disclosure agreements (NDAs) and the sale of IP. The hallmarks of the V.O. legal practice are short lines of communication and tailor-made service.

Before filing an application, you need to draft a written application for a patent, or have this drafted for you, and file this with a patent-granting authority. To do this, you need a description of the invention. This description should enable a skilled person to replicate the invention, which may involve using practical examples and/or drawings, for instance. The application also needs to include one or more patent claims which define the scope of protection required for the invention. A further requirement is an abstract of the application. Finally, you need to clearly show in the application that you are applying for a patent. This can be done, for example, by using a form made available by the patent granting authority in which one indicates that one wishes to have a patent based on the attached documents (the aforementioned specification, claims, etc.). You will also need to pay all of the required fees. These depend on the country or region in which the application is filed.

There may be additional requirements, depending on why you are applying for a patent. For instance, if the application include sequences of nucleotides or amino acids, then the description should also contain a list of these sequences. Applications that do not meet the requirements will be rejected.

Furthermore, it is also important that you have the formal right to file the application. In principle, you have this right if you are the inventor. Whether this is also the case in practice depends on the specific situation and national laws. For instance, under the laws of the Netherlands and Germany, the right of employees whose work activities encompass inventions passes in principle to their employer. In Germany, this is regulated by the Law on Employee Inventions, which incidentally also includes guidelines on remuneration. It is important to properly document how you are the holder. You do not need to demonstrate this when you file the application, but inadequate or missing documentation can later lead to disputes about who is the holder, or even to the patent becoming invalid.

It is advisable to seek advice from a patent attorney who is a specialist in all of the substantive and procedural aspects involved with applying for a patent.

Patent-granting procedures can involve a considerable investment. As a patent is essentially a national right, both the granting phase and the maintenance procedure need to be separately completed in each country.

Firstly, there are costs involved with drawing up and filing the application. These often range from 6,000 to 10,000 euros, including official fees. In certain countries, including the Netherlands and Belgium, you do not usually need to incur any additional costs until the patent is granted. Once the patent has been granted, you will have to pay maintenance fees each year.

However, in many countries, including Germany, a granting procedure involves additional costs.

Anyone who would like patent protection in multiple European countries usually chooses a so-called European patent. This is a cost-effective and uniform granting procedure that is centrally administered via the European Patent Office. This procedure applies to all countries that are signatories of the European Patent Convention. The costs of preparing and filing the application and the procedure up until the granting of the patent can vary considerably, depending on the complexity and length of the procedure. For a European patent-granting procedure, these costs are usually in the region of 20,000 euros. Once a European patent has been granted, you have to choose the participating countries in which the patent should be valid, where you will have to deal with the necessary formalities (this is known as validation).  For instance, many countries require the patent, or at least the patent claims, to be translated. You will also have to pay maintenance fees each year. The validation fees in Europe can quickly rise to over 1,000 euros per country. That is why many companies choose to limit the number of countries where a granted European patent is valid, for instance, countries with the largest potential markets or countries where their main competitors have a manufacturing facility.

Similar considerations are involved in granting and maintaining patents in large countries outside of Europe, such as China, Japan or the US.

Yes, it is. However, it is important to be aware that a patent application is a legal document that provides a very accurate description of technical knowledge with the aim of converting this knowledge into the broadest possible right. Patent applications, as all legal documents, need to meet various requirements. The patent-granting procedure often lasts for years and it is not possible to add new aspects to the application at a later date. This means that the invention must be described accurately when the application is filed. A number of basic rules apply to the formulation and wording, which is part of the expertise of a patent attorney. If you do not have experience with correctly describing the technical knowledge for which you are filing the patent, there is a high chance that the text will fall short after going through a granting procedure that lasts many years. For instance, this may be because the application no longer protects the required product or process, or that a patent cannot be obtained because the invention has not been sufficiently disclosed, even if the invention meets all of the substantive requirements.

The patent-granting procedure is extremely predictable for Dutch and Belgian patents. The patent is granted around eighteen months after the application has been filed. This patent is not formally tested for validity, but it is provided with a novelty report, including a written opinion issued by the European Patent Office (EPO). The patent can even be granted after a shorter period of time if requested by the applicant. Legally speaking, the patent can be granted from the moment that the patent application meets all of the formalities for granting the patent.

The patent-granting procedure for German patents does include a formal substantive assessment. The granting procedure takes an average of three years, provided that a request to extend the term has not been submitted.

The granting procedure for European patent applications (which can also be granted for the Netherlands, Belgium, and Germany) takes an average of two years, although in exceptional cases it can take as long as 10 years. The applicant has a significant influence on the speed of the procedure. For instance, if a patent is required quickly, it is possible to apply for an accelerated assessment.

Slowing the granting procedure and delaying the costs are also important reasons for why organizations that operate internationally opt to first file an international application (PCT application), and then file national/regional applications based on this. In this way, it is possible to gain a delay of up to 30 months.

That all depends on the situation. Generally speaking, the sooner you apply, the better, because an invention needs to be novel and inventive in order to be patented. The sooner you file an application, the smaller the chance that knowledge about it will have been made public or that a competitor who has independently invented more or less the same thing will have already filed a patent application. However, it is beneficial to file an application, particularly in the fields of chemistry and life sciences, when there is a good substantiation of the advantages of the invention and its uses at the time of application. It is not possible to change the substance of a patent application at a later date. That is why you should be aware of how the various features are connected and which areas of application are useful when you file an application for a patent. Patent applications that are speculative and unsubstantiated may be rejected on the grounds of a lack of disclosure or inventiveness.

Watch our free webinar ‘Getting started with patents’ 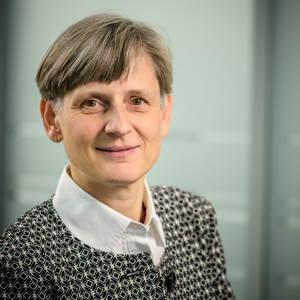 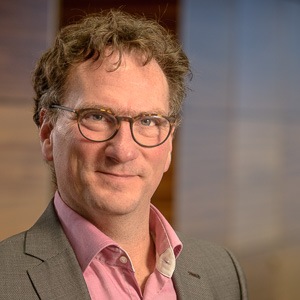